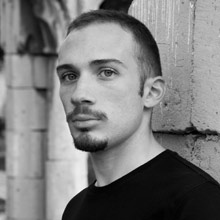 Orazio Sciortino, twenty nine years old piano player and composer. His concerts on piano and orchestra of Mozart have been published by Ricordi-Universal in 2007. Other of his compositions have been published by Craisch and Wicky Edition and were shown in Italy and abroad in important festivals. He perfomened in Poland, Germany (Festival Internazionale Seiler di Kitzingen, Konzerthaus di Berlino, Festival di Wolfsburg e Braunschweig, Musikhochschule di Mannheim), Austria, Kenya, Spain, Serbia, Svizerland (Semaines Musicales de Crans Montana, Montreux Jazz Festival), Malta, France, Canada Canada (Orford Festival e, su invito di Louis Lortie, Ottawa Chamber Music Festival), Serbia, Scottland, Lebanin, Jordan, Lithuania and Romany. Recently, he performed at the Scala of Milan, as conductor and solo, the orchestra of Fumagalli that was accompanied by the orchestra I Cameristi della Scala. He recorded for Rai Tre, Radio Tre, Radio Classica and Radio Svizzera Italiana. Orazio Sciortino was the first Italian pianist who dedicated an entire CD to Ciurlionis, under the commission of Antonio Mazzotta Foundation for the catalogue of the artists exhibition shown in Palazzo Reale in Milan. He recorded a CD of the masterpieces of Franz Liszt, transcribed on piano for the brand Dynamic and piano compositions by Adolfo Fumagalli, musician of the 19th century for Bottega Discantica. He is engaged with the distribution of music, proposing to the audience auditory paths and concert-lessons. He was born in Siracusa, where he studied piano and graduated with the highest score at the International Piano Accademy Incontri with the Maestro of Imola, Boris Petrushansky, Michel Dalberto and Louis Lortie. Furthermore he was trained by Fabio Vacchi at the Conservatoy Verdi of Milan, city where he still now lives.