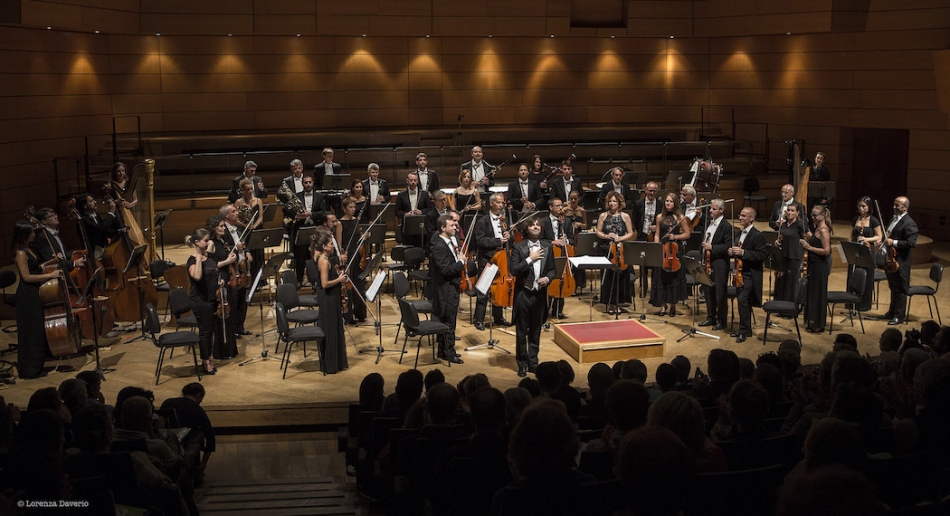 It’s the 27th of November 1945, 17:30: for the first time the ’Orchestra I Pomeriggi Musicali performs at the Teatro Nuovo di Milano. The program includes Mozart and Beethoven combined with a Stravinskij and Prokof’ev. During the post war period, in a time of reconstruction, the theatre conductor Remigio Paone and the musical critic Fernando Ballo launch a project of extraordinary modernity: the main aim is to give to the city an orchestra with a solid classical repertory and a specific vocation for contemporary. The success is immediate and the orchestra contributes greatly to the distribution of the music in italy by important composers of the twentieth century that had been banned during fascism: Stravinskij, Hindemith, Webern, Berg, Poulenc, Honegger, Copland, Ives, Françaix. Furthermore, musicians such as Berio, Bussotti, Luciano Chailly, Clementi, Donatoni, Hazon, Maderna, Mannino, Manzoni, Margola, Pennisi, Testi, Tutino, Panni, Fedele, Francesconi, Vacchi compose pieces for the I Pomeriggi Musicali. Today the I Pomeriggi Musicali have a vast repertory with masterpieces of baroque, classicism and romanticism, but also modern and contemporary compositors such as Honegger, Hindemith, Pizzetti, Dallapiccola, Petrassi e Penderecki. Famous directors of the orchestra were Nino Sanzogno, Gianluigi Gelmetti, Giampiero Taverna e Othmar Maga, Daniele Gatti, Aldo Ceccato and Antonello Manacorda.