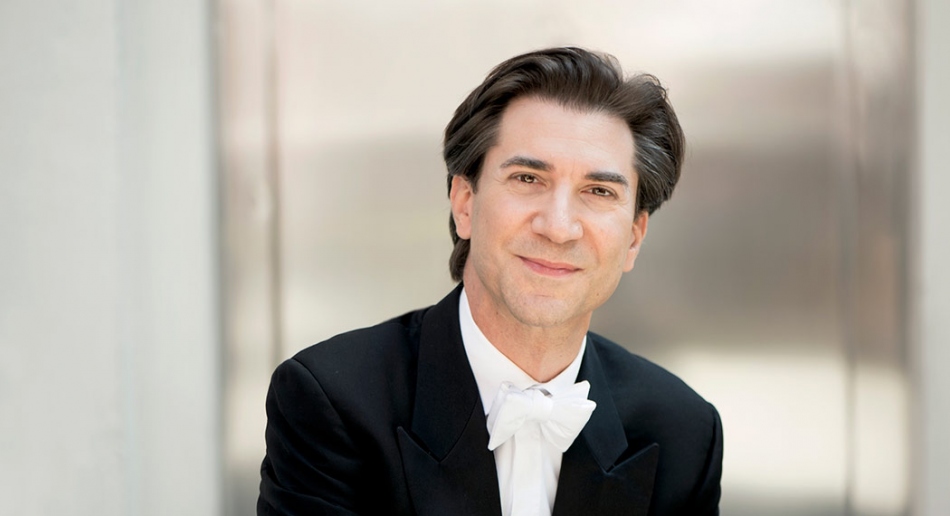 Alessandro Crudele (ph Neda Navaee)
Alessandro Crudele is one of the most outstanding and versatile conductors to emerge from Italy in recent years. Among the prestigious orchestras he has conducted, and will conduct during the next season, are the London Philharmonic Or chestra, the Philharmoni a Orchestra, the BBC Scottish Symphony Orchestra, the Bamberger, the Berliner and the Bochumer Symphoniker, the Melbourne Symphony Orchestra , the Monte Carlo Philharmonic, the Israel Symphony, the Orquestra Sinfónica do Porto Casa d a Música, the Orquestra Filarmônica de Minas Gerais, the Prague S ymphony Orchestra FOK , the George Enescu Philharmonic as well as the Orchestra Filarmonica Toscanini Since the 2018/2019 season, Alessandro Crudele has assumed the position of principal gu est conductor of the Radio Symphony Orchestra in Belgrade (RTS Symphony Orchestra). Alessandro Crudele is a frequent guest in Asia where he conducts some of the major orchestras including the Malaysian Philharmonic Orchestra, the Shanghai Philharmonic O rch estra, the Shenzhen Symphony Orchestra and especially the Hong Kong Sinfonietta with whom he has a regular relationship since his successful debut in 2011 . In addition, he made his remarkable debut in Japan with the Orchestra Ensemble Kanazawa in 2016. In 2000 he founded Orchestra UniMi in Milan, which he conducted as Music Director unti l its 20th anniversary. From the season 2020/2021, he will assume the role of Honorary Conductor. In just a few years, this orchestra grew considerably under his guidance, achieving collaborations with the most important artists internationally. In 2005, t he orchestra's tour in Germany was recorded by WDR and received extraordinary acclaim from the public and critics. The Orchestra UniMi is a regular guest of the MiTo Settembremusica Festival. A champion of young musicians, Alessandro Crudele has devoted his time to working with young artists since the very beginning of hi s career, and collaboration with youth orchestras is still one of his priorities. From 2003 to 2006, Alessandro was a regular guest of the Orchestra dell’Accademia del Teatro alla Scala, and in 2014/2015 he conducted the Jeune Orchestre International de Mo nte Carlo, an orchestra that includes some of the best young musicians from across Europe. He made his highly acclaimed Opera debut with Rossini’s “Il Signor Bruschino”. His repertoire comprises music from the 17th century to the contemporary. Furthermo re, he has been highly esteemed for his readings of the music of French impressionism. Alessandro Crudele was born in Milan. He studied violin and composition at the Conservatory Giuseppe Verdi and graduated in 1997. His education as a conductor started a t a n early age. From 1999 to 2003, he continued at the Accademia Chigiana in Siena where he was awarded several scholarships and the most prestigious “Diploma d’Onore“. He received further instruction from Christoph von Dohnányi and Sir Simon Rattle. Alessandro Crudele currently lives in Berlin.